I flew to Port Heiden after a whirlwind AmeriCorps training in Los Angeles. While engaging and educational, the densely-packed schedule was intense and I slept most of the way from LA to Anchorage. 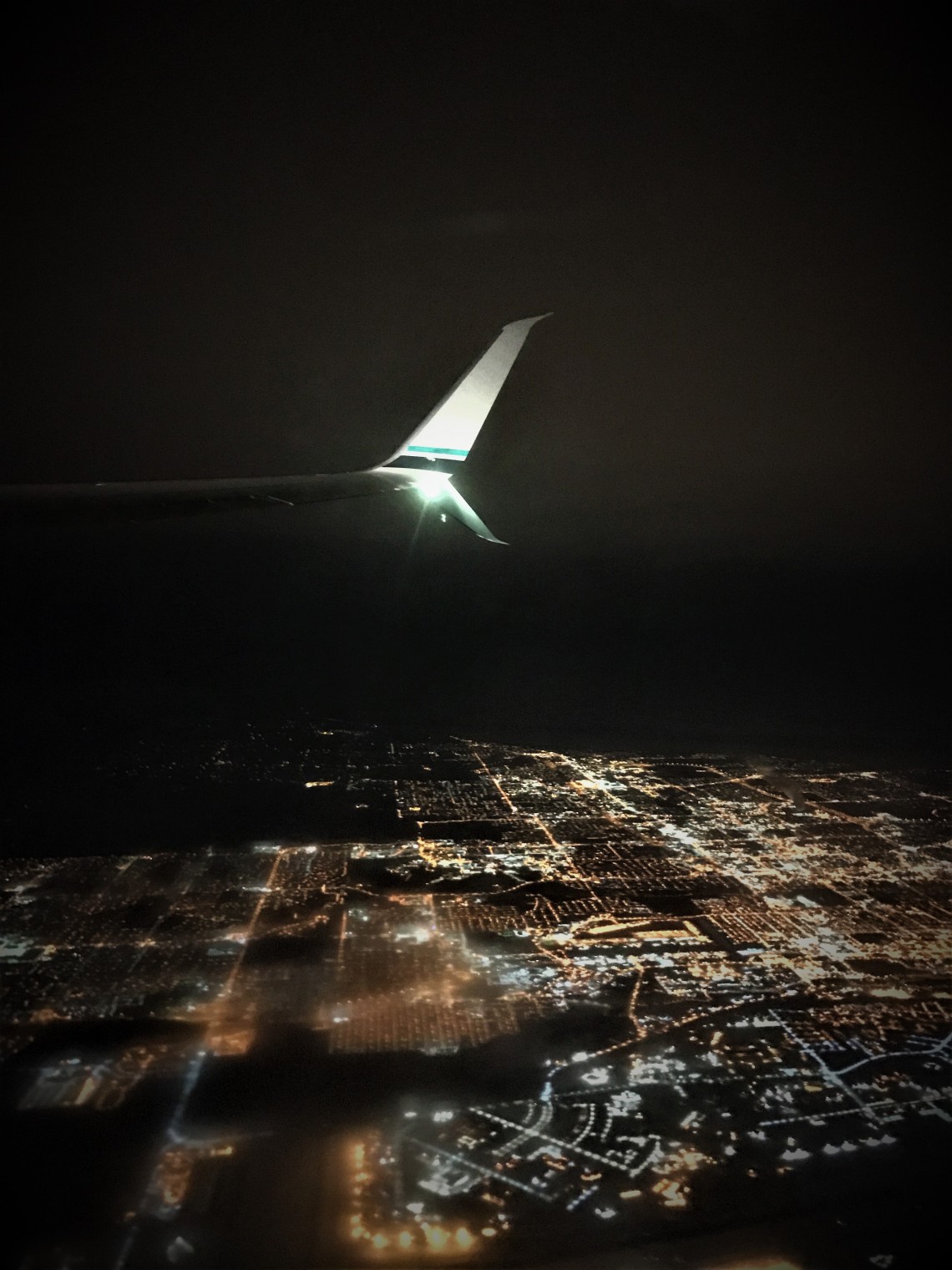 The passenger terminal at the Ted Stevens Anchorage International Airport is small by most major airport standards – but the entire operation itself is complex and sizable. For one thing, it ships a ludicrous amount of freight. It annually moves the second highest amount of cargo in the western hemisphere and consistently ranks in the world’s top five for throughput.  This requires a constant logistical dance, as planes fly in and out around the clock.

Additionally, Ted Stevens hosts the largest and busiest float plane base in the world. Adjacent to the airport on Lake Hood, small craft zip to and fro in the summer months, dancing across the water like deranged bulbous dragonflies.

Planes of all shapes and sizes utilize Ted Stevens, particularly for village travel. Only 2% of Alaskan landmass is connected to the road systems of North America and 82% of its communities live off that pavement grid. Hence, airplanes are vital to life in rural Alaska.

And so, after taking advantage of Ted Stevens’ Starbucks for breakfast sandwiches, I hopped on a small early morning plane from Anchorage to King Salmon. Having never been there, I was glad for my layover. With a few hours to kill, I walked around King Salmon and watched the sunrise. It was gorgeous and COLD. The temperature wasn’t so bad (in the 20F range), but the wind was blowing and cut right through me.

After a small delay that allowed for more walking, I finally boarded a teeny tiny aircraft to Port Heiden. Our pilot was named Billy, and I’ve since learned that he’s something of a local legend. His abilities in the air are uncanny. While that day’s flight was smooth, I’ve since witnessed him gracefully take off and land in absurdly high winds (40mph with 50mph gusts), and while carrying a full belly of cargo!

Landing in Port Heiden was similar to other village arrivals. A convoy of vehicles waited at the airstrip to unload cargo and mail. Before flying off to drop the remaining passengers at Chignik Lagoon, Billy shook my hand and wished me luck. As his deep set eyes twinkled behind a bushy beard and cap, he resembled a svelte aeronautical Santa Claus.

The airport is a few miles from the rest of the village. On the drive with my new housemate, Randy, I learned a bit about him and an exciting event in the village. Randy is from Ohio and runs the Port Heiden farm. He grows plants, herds reindeer, orchestrates maintenance projects with his team of local agriculture enthusiasts (he’s presently prepping the greenhouse for the summer season), and feeds the pigs, chickens, and rabbits every day.

Randy also told me that my arrival coincided with the town’s annual Carnival, typically held the weekend after Mardi Gras. Port Heiden’s Carnival is a gathering going back years and years (no one could tell me for certain how long) and hosts visiting peoples from all the neighboring tribes.

This year, almost a dozen kids (each with an accompanying parent, aunt, uncle, or grandparent) from nearby villages have come to partake. Yet, everyone spoke of the celebration like it used to be a massive deal for trading and recreation alike. Each villager’s voice carried a hint of sadness that circumstances have shrunk the end-of-winter celebration.

I showed up just in time for dinner at the school. Most of the Carnival affair was at the school, which is a great place. Built in the 70s, it’s in amazing condition for its age. The four classrooms are clearly loved and well-maintained. The walls are covered in colorful arts and crafts, and kids ran around with face paint, balloons, and sugary drinks to fuel their zeal. Supper was caribou stew over rice. Quite tasty, and filled with equal parts veggies and succulent caribou meat.

Most of the entire town was there. I was introduced to too many people for my addled brain to process and the names were all a jumble except a few memorable individuals. I got to meet the school’s counselor, teachers, principal, some tribal council members, fishermen, and local government administrators. It’s something of a blur now, and I definitely had fun…but wow, I was so relieved to lay my head down that evening.

That night in bed as I reflected on my first encounters, I was relieved to realize how friendly and outgoing everyone seemed to be. A fair number of outsiders (white folks and Native Alaskans alike) have made Port Heiden their home and appear to fit in well. I’ve been to some villages dripping with racism and xenophobia, where outsiders are shunned or even driven out.

Overall, this struck me as a vibrant, healthy little community. Which is amusing, because a large part of the AmeriCorps training dealt with how to live in dangerous and/or impoverished areas. There, all my VISTA compatriots thought I’d be operating in horrible conditions on the edge of the world…how wrong they were. I may not have access to pizza delivery, but I’m surrounded by good souls in a prosperous village.

Port Heiden is many things, but it’s certainly fortunate. While some homes are smaller or older than others, none are homeless nor hungry (actually, there’s quite a number of corpulent residents). If anything, this is one of the better villages I’ve ever visited. People seem to genuinely care about one another. 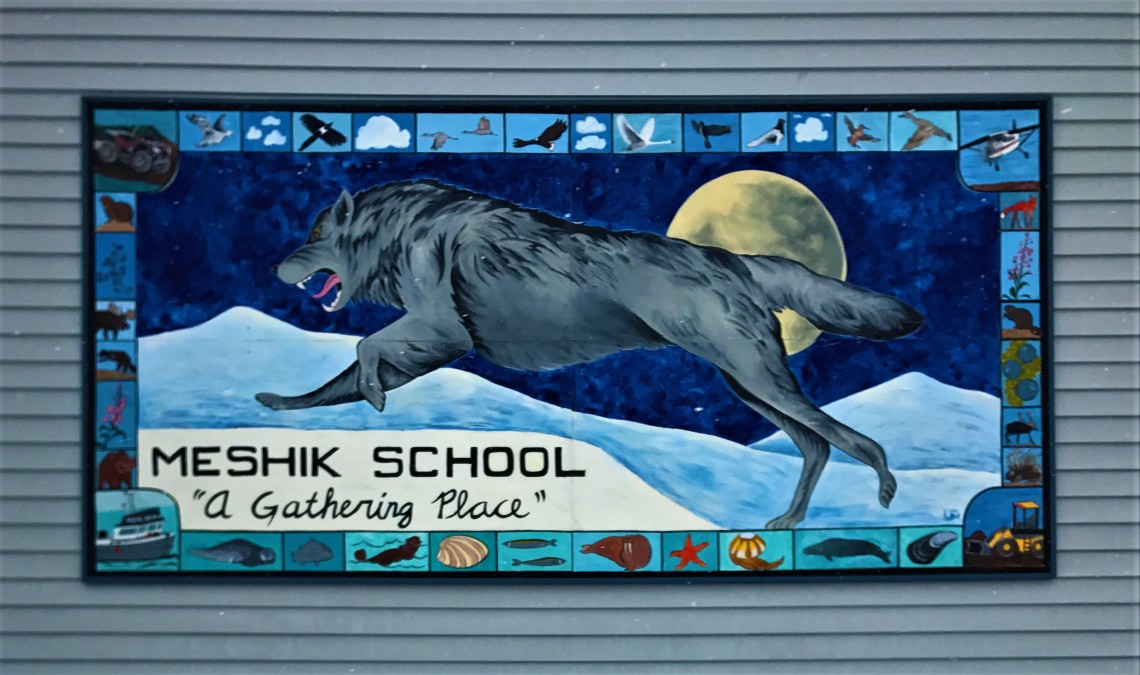 The next morning, I awoke early to a stunning pre-dawn sky. The stars were bright, numerous, and illuminated the landscape. Aided by a fat crescent moon, there was ample starlight to see by. I pondered a walk, but folk at the Carnival had told me of the many wolves lately sighted, all looking skinny and savage.

One village council member, Andrew, showed me a picture of his friend and a beauty of a dark gray she-wolf, shot dead by the airstrip. Held aloft by a burly smiling man in Carhartt pants and sunglasses, this beast was big though clearly lean. As the airfield wasn’t far away and the slain teacher was still on my mind (she was killed by wolves in the early morning), it seemed best to wait for daylight and increased familiarity with my surroundings.

As the sun rose, I admired the scenery from my porch. Port Heiden sits on the coast with ocean to the west and its volcano (the Aniakchak Caldera) to the east. Mountains loop around from the volcano all the way southward and then southeast to the ocean. Port Heiden feels nestled within its little semicircular mountain range. This evokes a sense of protection, even if all the land around is mostly flat or softly-rolling tundra.

Carnival lasted through the weekend, so Randy and I made the 10ish minute drive to the school in the mid-morning. Randy drove his big truck with exceptional caution. Partly since he seemed to savor soaking in the sights, but also because he’s ever watchful of game or his own wayward reindeer. From the stories of their tendencies against confinement, it sounds like these quality quadrupeds are expert escape artists.

We saw a big red fox on the drive, it scampered across the road and looked at us curiously before bounding up and over a berm. It bolted through some tundra brush and I lost sight of it. Such sensational speed left me awe struck. Yet Randy kept his cool and told me about the problems foxes pose for his chicken flock. Same with bald eagles, one of which was perched atop the city offices and leered at us as we drove past. 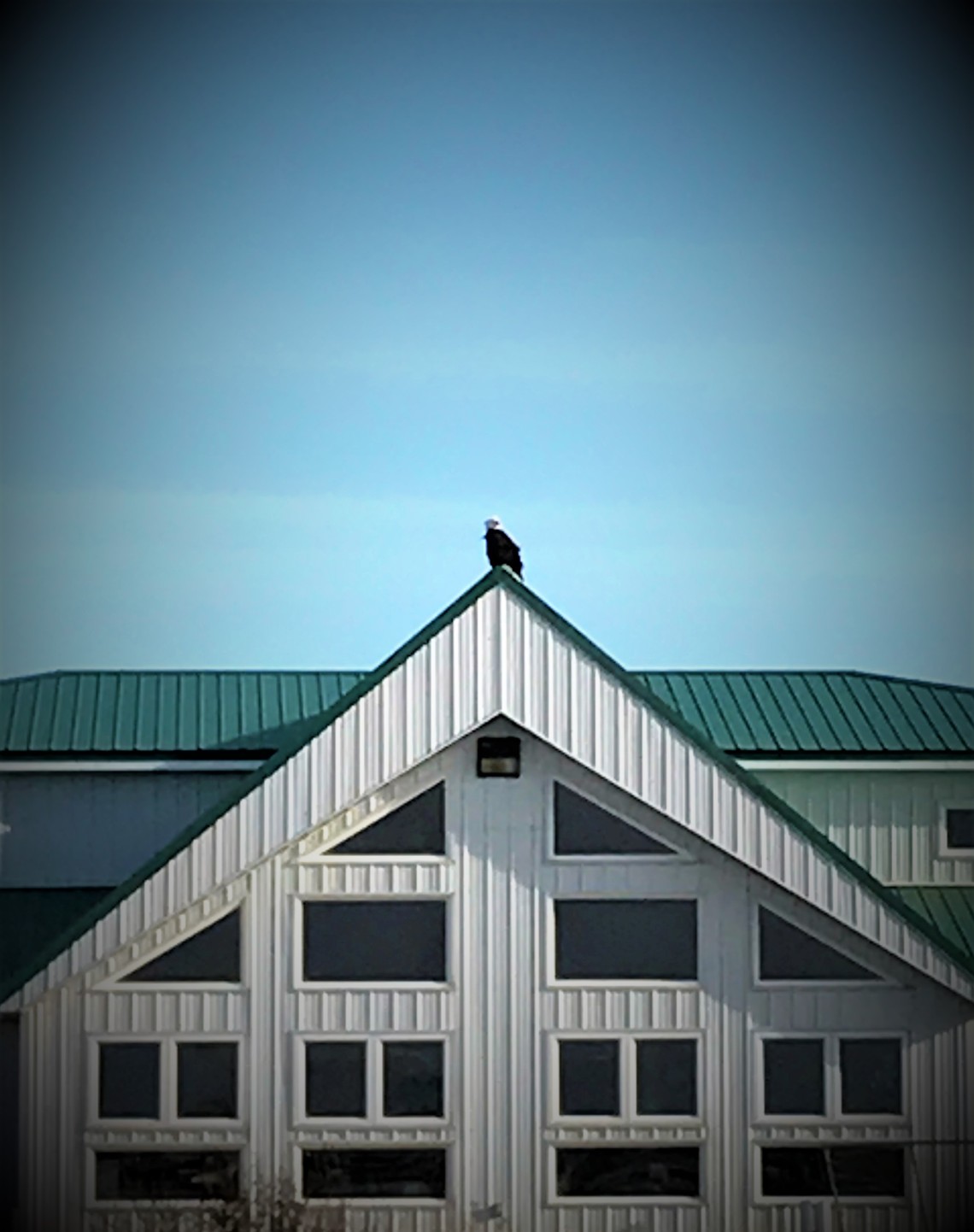 Clearly early to Carnival, we helped clean from the night before. We picked up popped balloons, took out trash, and loaded up the cafeteria with heavy soda cases from a truck so little hellions could later ride their sugar highs and foul the place up again.

Afterward, we ate sourdough pancakes (which were AMAZING! So good that I went back for seconds) and fried caribou organs. Heart and liver were my favorite. Almost like thick chunks of bacon or ham, though more tender and flavorful. The heart meat in particular was a wee bit spicy, had a hint of gaminess, and packed a robust meaty smokiness to it. The liver tasted similar to the heart, just not as punchy. Unfortunately, I didn’t care for kidneys, they were chewy with a slimy consistency.

While Randy went to care for his charges, I decided to sweat out all the travel and took off for a run. It was daylight, so I felt comfortable with being out and about. I stuck to the roads near the village’s center nonetheless. Eventually, a lady driving by stopped to warn me about wolves before tearing off with a spray of gravel (likely late for sourdough pancakes, I can’t blame her). Wasn’t sure if her warning meant that there’d generally been recent wolf sightings as Carnival folk’d mentioned, or if there’d been a specific sighting earlier that day. Luckily, I never went far from my new home, so I quickly scampered home at top speed across the tundra.

Oh my, how good it felt to fly across this sort of ground again. Mosses here are spongy and sprung my feet upward and outward with every stride. The ground is inconsistent, with snow, ice, brambles, and patches of dirt amidst the moss, so I danced gleefully for each foot placement. The mountains encircling the village are breathtaking in their complex geometry…made all the more stark by the snow covering their expanses. Such stunning angles and curves, purely sensual and equally brutish. I wish every single one of my friends and family could experience this place, it might help them understand what draws me to Alaska’s villages.

Further Carnival fun ensued throughout the weekend. Most of the games were ones I’d never heard of and had names like “Eskimo Bingo” and “Stick Pull.” Some were twists on typical children’s games, others were completely novel. The weekend flew by in a blur of new people, excitable youngsters, and great food.

By the final day of Carnival, everything had taken on a decidedly less rambunctious tone. Kids and adults alike seemed worn the heck out. Three days of sugar and collisions and crying saw everyone a little bit bleary. All the events ran way behind schedule. One involved a game where people threw homemade darts at pieces of wood dangling by thread. They were pretty hard to hit and it seemed to slow progress.

Other games, like the “Stick Pull” – basically two people sitting on the ground with their feet touching and grasping a pole between them, whoever pulls the other one over wins – involved more strength and less skill.

Ultimately, it was utterly fortuitous that Carnival happened on the weekend of my arrival. It was a great way to meet the entire community while assessing the state of things and communal cohesion therein.

However, I was quite eager to begin my work and discuss non-Carnival occurrences with local leaders in the week to follow. I fell asleep Sunday night feeling less like an outsider and refreshed to begin my first work week…