I got to go to Wrangell in June of 2016. It was amazing and highly anticipated, as I’d yet to traverse Alaska’s long southeastern leg. “Southeast” consists of islands, cliffs, and rainforests (what?! Northern rainforests? Yep, it’s a thing). In sum, there were no disappointments…except for one right at the end.

On flying in, we saw boats everywhere on the water, with harbors hosting dry-docked ships undergoing repairs or refurbishments. The first person on the plane to describe our destination called it “Sleepy Wrangell.” Which seemed fitting from the sky, but not wholly accurate once our boots touched earth. Youth and many vibrant humans revealed a place full of energy, at least during the summer.

One odd aspect of our arrival was the cop at the terminal. A lone officer stood with arms crossed, eyeballing everyone with a nod or a scowl as we walked through the threshold to pick up luggage. It was unnerving and I later learned that this is daily practice in Wrangell. A local gentleman described it as a preventative measure to “size up potential trouble.” If it weren’t for the officer’s kindness in asking if I needed a ride shortly thereafter (my contact was late), I’d have looked pretty poorly on the whole thing. 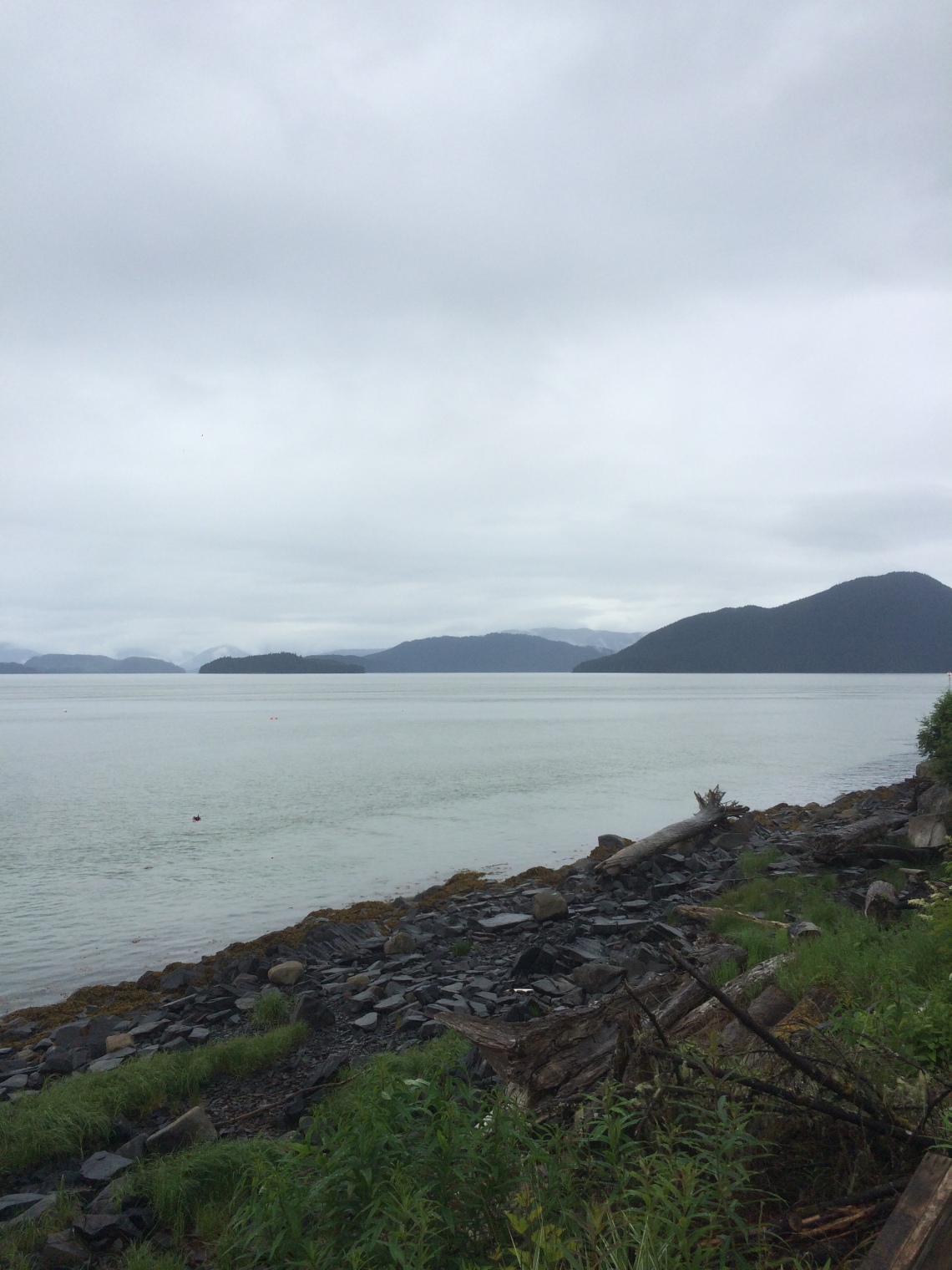 As my colleague and I settled in to our routine, we saw posters everywhere for two different Queens seeking donations. Coined as a “long standing tradition,” the town crowns a King or Queen every Fourth of July. These candidates can be individuals or organizations (2015’s pool featured a basketball team), and sell raffle tickets and street food from June 1 until July 4. Whoever raises the most money by Independence Day is crowned during the festivities. Crowning royalty on this day is not without irony. Most of the money raised goes toward the town’s July Fourth celebration and the remaining sums go into college funds.

I felt a bit of celebrity shock when the faces from the glossy photos appeared on the streets. After our third day, the candidates were at town square serving breakfast and lunch every day, while even more promotional material went up: signs, posters, and street lamp banners. It was a big deal.

Local commentary on the “election” was colorful to say the least. During these discussions, a tangential, yet similar element arose: anti-tourism sentiments. Nearly everyone we spoke with pointedly inquired why we were there. Upon revealing that it was to do work for the local government, people eased up, but not before voicing aversion to visitors. I didn’t understand this at first, but comprehension came later.

Most interactions happened either on the streets or in the local establishments. Restaurants in Wrangell aren’t numerous, and there are only three bars. Oddly, the lovely Stikine Inn (where we stayed) closes its service around 8p. Quite the anomaly, since it seems they’d serve to make a lot of money if they stayed open to the wee hours. But then they’d be stealing market share from the trifecta of lively little taverns.

It was in one of these glorious watering holes, Hungry Beaver Pizza and Marine Bar, where I met candidate Kyla on her raffle ticket rounds. Aside from being super gracious, she was well-spoken and earned the distinction of being the first person to not ask what we were up to in Wrangell. Kyla didn’t win. The results from Independence Day revealed Kyla’s 60,479 tickets fell short of Alex’s 67,929. However, both broke previous years’ records!

My final evening in Wrangell, I had time to check out the famous Petroglyph Beach and got a nasty surprise. There was litter all along the beach. It was disgusting.

The mini-cove of Petroglyph Beach is arrayed with huge stones and boulders, each with etchings up to eight millennia old. It’s striking and awe-inspiring. But that evening, the collective visitors’ leavings left me sad and disappointed in humanity.

During my trip to Wrangell, I saw cruise boats from small to large disgorge their travelers upon the docks and streets. Some of these souls are cool, I can verify from a couple good conversations. But the ones that felt compelled to leave trash at such a beautiful place of cultural import…quite disheartening.

I’d seen tourists trodding down to this site at all hours during the days and was excited to check it out in the evening without so many people around. Plus, most of the cruise ship individuals I met were not to my liking. One local remarked on his dislike of tourists because they “lacked respect.” Sadly, it’s true.

So, I guess I know one reason the locals might not be fond of tourism in Wrangell. Economically, I imagine the town might lose a lot without this industry (would Kyla and Alex have been able to sell a record amount of tickets sans-cruise ships?).

But, the visitors present a real problem. Perhaps the solution is hidden in embracing the general population’s occasional lapses and enacting preventative measures to their wretched ways?

Or just enjoy the views and sit atop tree trunks.